2021 Stockholm Forum on Peace and Development

The international community faces an era of alarming, prolonged and recurrent conflict, and unprecedented humanitarian needs. The age of comprehensive peace agreements is over, yet the approach and design of peace processes continue to be linear and dominated by political processes. The inadequacy of a narrow focus on political peace is compounded by the extremely non-inclusive nature of most mediation processes. From Afganistán, the Central African Republic (CAR), eastern Democratic Republic of the Congo, Somalia to Yemen, peace agreements are proving incapable of reducing violence or creating more stable political orders. The situation calls for a fundamental rethink of the way peace processes are conceived and structured.

It is argued that since the end of the cold war, international approaches to conflict resolution and peacebuilding have failed to adequately meet the demands of the rapidly evolving nature of conflict. Initial discussions for the Principles for Peace (P4P) initiative have highlighted that many of the shortcomings in current approaches relate to viewing peace primarily as a political process.

Why do peace processes fail?

Peace processes tend to focus on stopping violence and getting the parties to the negotiating table to agree on the terms of peace. Negotiations aiming to end violence are of course extremely important, but the heavy focus on mediation and achieving the short-term objective of political peace has often come at the expense of achieving social peace—a situation where a society can manage its conflicts in non-violent ways, and where its political, social and economic institutions are conducive to trust between different groups.

Prioritizing the political has meant that peace processes often equate to ‘elite bargaining’ over spoils and power. When the processes exclude wider society and its more peaceful elements, agreements tend to be limited to power-sharing, often omitting the concerns of large segments of the population, particularly women, youth, those in marginalized groups and those living away from the urban areas. In this situation, unaddressed grievances pose a risk of reigniting the conflict.

Violence is the main currency of the political elite-bargaining approach. Primacy is given to the inclusion of armed groups to appease potential spoilers. Sometimes this has meant that attempts at creating political peace reward violence. For instance, efforts to end the conflict in South Sudan have been elite-dominated power-sharing agreements that have failed to address the root causes of conflict. Instead, the peace process has incentivized those excluded from the spoils of power to return to violent means to ensure ‘a seat at the table’.

The P4P initiative will seek ways to shift the decision-making calculus to address the tension between solving immediate problems and the longer-term efforts required to strengthen the social institutions and relations needed for social peace. P4P is currently starting a series of dialogues and consultations that will form the basis of the iterative process of drafting principles that will fundamentally reshape peace processes. As conversations advance, more organizations and individuals will be approached to take part in discussions and research on specific questions and contexts.

P4P is a global participatory initiative to reframe the current narrow, exclusionary and flawed way peace processes are understood and implemented. It draws from a collective effort based on an inclusive bottom-up and top-down process to develop new international principles. These principles will better enable local, national and international actors to craft more inclusive peace processes that result in lasting peace. The initiative was officially launched in December 2020 with the announcement of the International Commission on Inclusive Peace. An initial round of 56 participatory consultations has been completed in Afghanistan, CAR, Myanmar, Sierra Leone, Syria and Yemen. Further country consultations to inform the principles are planned in 25 countries. In-depth case studies have been conducted on three peace processes, with more planned. The initiative seeks the widest possible participation by different actors in peace processes. The first P4P stakeholder forum in March 2021 brought together 27 partner organizations.

The P4P session at the 2021 Stockholm Forum highlights some of the unintended consequences and traps of the current emphasis on political processes to solve conflict. The dialogue focuses on emerging ideas and practical solutions to build more multidimensional, inclusive and long-term approaches to peace processes. The specific questions that guided the conversation were: 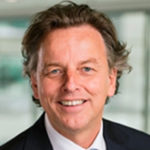 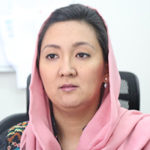 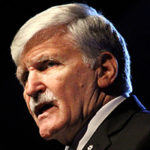 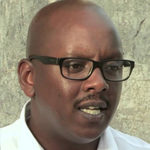 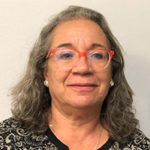 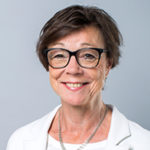 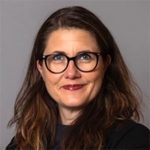 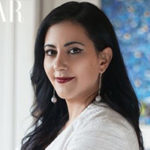 Hiba Qasas
Head of Secretariat Principles for Peace
We use cookies on our website to give you the most relevant experience by remembering your preferences and repeat visits. By clicking “Accept All”, you consent to the use of ALL the cookies. However, you may visit "Cookie Settings" to provide a controlled consent.
Cookie SettingsAccept All
Manage consent